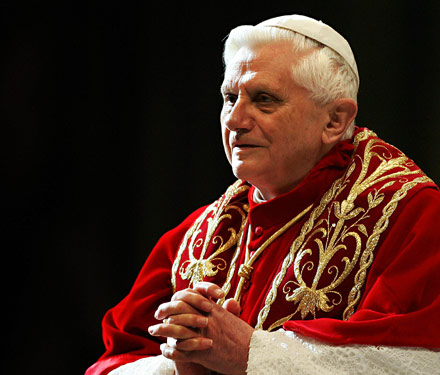 (Disclosure: As a practicing Catholic, I have a deep affection for Pope Benedict.  However, people of any or no faith tradition should read on without trepidation, as this post focuses solely on leadership issues, not religion or dogma).

This morning’s announcement that Pope Benedict was resigning the papacy for health reasons absolutely stunned me, as it did the rest of the world.  Still taking in the impact of this historic event — something that hasn’t happened in 600 years — a few initial leadership lessons come to mind. While a pope has many roles (as a head of a Church, head of state, and world figure), in secular terms, each role can be reduced to one simple but powerful word: leader.  Here’s what I believe his resignation teaches.

In organizations, major change can sometimes occur at unexpected moments—and with great change comes opportunities for (and insights into) leadership.  The impact of Pope Benedict’s decision will be assessed in the days, and months, and decades to come.  Today’s immediate lesson for me is the power that acts of humility can have on our organizations and ourselves.  If we know our own hearts, and look to the needs of others, we will lead through service, for the greatest good.

One response to “Pope Benedict’s Resignation: Leadership Lessons in Humility”