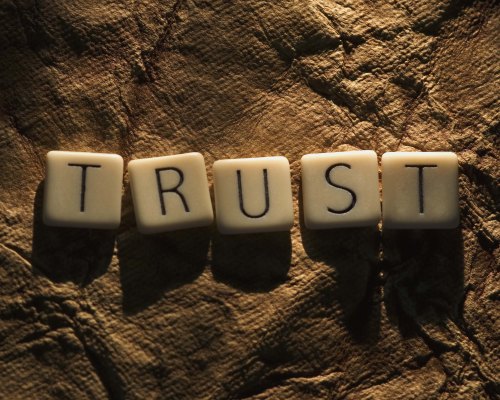 Recently, I saw an episode of Restaurant Impossible that reaffirmed an important lesson about managing:  everyone wants their boss to trust them, and there’s nothing like delegation to show trust.  When trust isn’t present, it can crush an employee’s spirit … and organizational performance, right along with it.

On the Food Network show, Restaurant Impossible, chef Robert Irvine works with once-thriving and now-floundering restaurants to turn them around (in 48 hours or less!).  Each episode features innumerable business lessons about failing to listen to customers, slowly degrading quality standards, and not keeping up with industry trends—and the stories are often heart-breaking (i.e., owners who have put their lives into an establishment, only to see their dreams slip away slowly day after day as business declines and debts mount).

This particular episode told the story of a once-successful family steakhouse that had lost its way—with the husband-and-wife ownership team working more and more hours and seeing fewer and fewer customers.  Chef Irvine helped the husband see that his need for control was one of the central problems in the operation. Example:  He spent hours each day portioning out the meat into 8 ounce filets, 12 ounce chops, etc.  When asked why he couldn’t have his chefs do this as part of their daily routine, he replied: “Because I have to do it.”  When asked how long his chefs had been with him, I was stunned by his answer: “25 years each.”

25 years and he didn’t even trust his chefs to trim meat.  Not surprisingly, they weren’t empowered to come up with daily specials, either. However, when Mr. Irvine convinced the owner to let the chefs trim the meat just once, they did so perfectly … on the first try.  When they were asked to create a daily special, their passion, pride, and energy practically jumped through the screen, completely changing their entire demeanor—and the atmosphere of the restaurant, along with it.

Sometimes we fail to delegate because we feel no one else can do the task as well as us (i.e., pride)— or because we gain satisfaction  from the particular task.  In most cases, our pride is getting in the way of the team’s performance by communicating a lack of trust that decimates motivation.  Other times, we’re simply setting ourselves up as a bottleneck.

This was the case early in my career.  I was managing a small team of very capable young HR professionals charged with handling all of the HR issues attendant to mergers and acquisitions.  I spent much of my time and energy coaching and mentoring the team (which was good).  Unfortunately, I decided to keep a few tasks for myself (which was bad).  With so much of my focus on helping the team, it inevitably turned out that my tasks were last to be completed.  If I had simply delegated all of the tasks and focused solely on coaching and mentoring, we would have been much better off.

Moral of the Story

Don’t be the manager who doesn’t trust his chefs to trim meat after 25 years.  Be the leader who empowers his team and guides them to deliver a delicious dining (business) experience for everyone involved.